Finally, here is the 2nd half of Flicker of Hope (Adele Story) 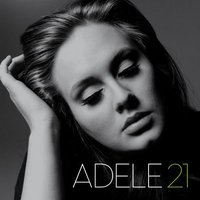 ...You see, I forgot to mention that the last thing 'Bob' said to me, just before I walked in through the doors, was: "Hey! Don't ever say there aren't nice people in New York".  So, I couldn't believe (wouldn't believe) that he would be so cruel to say something like that and purposefully give me a fake ticket!!
Immediately I tried to find Steph and Chris to let them know I got 'punked'. It didn't take me long, as they were still in line. When I relayed what happened they were just as flabbergasted as I was. They too just couldn't believe someone could be that mean. Chris was adamant that 'Bob' couldn't have known it was a fake. But I began to have my doubts ‘cause after all it WAS New York City!
In what seemed like an eternity, we stood there waiting and hoping. Adele wasn't on stage yet. It was Intermission, so there was still a small chance of getting in; never mind the box office staff began closing up and security personnel began to relax their tight rein on the entrance.
"No J! You didn't come that close to getting in for nothing. Do something! Say something!! You're not going home tonight like this."
Gumption
I called out to (who I assumed was) the head box office guy (B.O Guy): "Can I speak to you for a sec.?"  He cautiously obliged, but asked me to come out of the line to speak to him. Deciding that I had nothing to lose at this point by leaving the line, I proceeded to tell him about the ticket and 'Bob's' last words to me.
B.O. Guy looked puzzled. "That's strange... 'Bob' you said?" Ok. Hold on here a sec." Now to be honest, I was prepared for him to blow me off, disappearing into the crowd, never to return, but in less than two minutes he returned and said: "Follow me". Once again, I said ‘goodbye’ to Chris and Steph. Although with very little confidence I’d be away from them for very long. 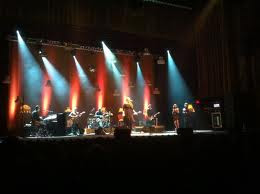 Before I knew it I was back at the doors, this time bypassing the staff member who scanned my ticket earlier, and moving straight through to the second security point where a lady stood. B.O. Guy showed her (what I assumed was) a new ticket, told her to let me in, and then handed the ticket back to me. It was as simple as that folks. I was in!
Stunned...
J: “Thank you soooo much!”
B.O. Guy: You’re welcome.  Enjoy the show!
I am convinced time slowed down for me that night, or maybe the more plausible answer was, for some reason Adele’s show was running incredibly late. Either way, I was able to go on in, find my seat, sit there in awe with a grin as big as Alice in Wonderland’s Cheshire cat, go to the washroom and return to my seat, all before the set started.
Did I mention I had one of the best seats in the house? Yup, right in front of the Sound Engineer.
Did I also mention Adele’s mom was seated just across the aisle from me and that
"?uestlove" was a few seats away as well?
The concert was amazing!
Adele’s voice was in great condition. She was real. The band was great and the set design was warm, and intimate—vintage lamp shades, dimly lit and suspended from the ceiling.  Her lighting cues were on point. Whoever designed it is brilliant. No pun intended.
She sat for most of the hour and half, occasionally getting up to sip from her sausage dog mug or stand in front of the microphone, while doing her signature “trigger fingers” hand gesture. Her infectious, raucous cackle punctuated each anecdote shared between songs. She spoke candidly about the inspiration for her lyrics and about her ‘Ex’, and genuinely seemed touched by the love the crowd gave her.
A True Artist
Adele is an artist in every sense of the word. I feel blessed to have been able to be there to witness something as 'huge'/someone as talented as she is. Her career, her songs and her concerts are the kind people will be telling their grandchildren about years from now.
In a world where pyrotechnics, auto tune and sex masquerade as music she stands out above the crowd. All she needs is a microphone.
If you haven’t heard yet, unfortunately Adele has had to cancel the rest of her 2011 tour so she can have vocal surgery.  I feel terrible for her and for those who haven't been able to hear her live yet!
I sincerely, wish her the best of health because I suspect she may need to sing, just as much as the world needs to hear her.
Flicker of Hope...
On May 21st, 2011 I was reminded that:
I have gumption.
I can be confident.
I can be persistent.
I don't like the word 'No' and I hate the phrase "you can't".
I am a risk-taker.
I've always been a dreamer and that dreams do come true.
On May 21st 2011, in the concrete jungle where dreams are made of, I saw a glimpse of the bright-eyed girl I once was, and I have never been more convinced that I want her back.
With all the love I have to give,
Janelle
Here's a Youtube video from the show.
Posted by Janelle Headley at 03:42 1 comment: